Seaworld’s Howl-o-Scream: There’s not much to scream about

There are a lot of theme park haunts going on right now, and while many are enjoyable, Seaworld’s Howl-o-Scream didn’t make a splash. This event was a big disappointment, and my expectations weren’t very high to begin with. Combining the low quality of the event with Seaworld’s controversial past, it’s an event I’d suggest you all pass.

This was Howl-o-Scream’s second year at the San Diego location, and it’s clear the park is still working out a lot of problems with the event. The only redeeming factor of this event was the ticket price, $34.99 to be exact. Although, after experiencing the attraction, the price makes sense. Plus, even with the cheap ticket prices, it still felt like a waste of money.

After seeing the entrance the scare actors made into the park, I had a feeling that the rest of the event would be just as underwhelming. It looked as if the scare actors just brought whatever old costumes they had from home and threw them on, regardless of the themes for scare zones. The makeup was meager, the most dramatic being some smudges of glow in the dark face paint on the cheeks. For example, while walking through the toy themed zone, I witnessed a scare actor wearing a bright blue onesie and a brown teddy bear mask I recognized from Walmart.

Speaking of that actor, there were multiple instances in which a member of my party was pushed and touched by the scare actors, when most other haunts enforce a strict no touching rule for the scare actors. When the teddy bear did not succeed in scaring my mother, he instead settled on shoving his shoulder into her to get the job done. While annoying and threatening, he still didn’t manage to scare anybody.

This happened to her again in a maze when a man once again failed to scare her and decided that shoving into her with the side of his body was the next best thing. The training for these actors, if any even occurred, clearly did nothing to teach them that hitting guests is not the way to handle an unsuccessful scare.

Moving on from the poor behavior of employees, let’s discuss the quality of mazes. After entering the first one, I was shocked at the minimal amount of effort put into the design of the mazes, and the “scares” in them. Most of the decor consisted of poorly spray-painted plywood boxes, and oh, get ready for the feat of design: foam pool noodles on strings hanging from the ceiling. When it comes to scares, there were none to speak of. Walking through the maze, I wasn’t even startled once. There were just a whole lot of bad costumes, on bad actors, saying bad dialogue.

After exiting the mazes, nothing really improved. The scares outside, while at least attempted, were consistently ineffective. One tactic the actors seemed to resort to was screaming directly in guests’ ears. While startling at first, after that it was nothing but a nuisance and painful. It happened once to me, when a man bent down low enough that he was touching me and screamed right next to my ear.

The next time was even worse. My mother, already having been shoved twice, had a woman stand directly next to her, get as close to her ear as possible, and scream bloody murder. I don’t know where they even found these “actors”, but I can only guess they were the ones that good haunts (like Knott’s) refused.

All in all, Howl-o-Scream was just a waste of time, money, and a drive down to San Diego. I’ve seen haunts in backyards that look to be higher quality than this one. The night ended early, as we left after being at the park for less than an hour. If you are considering going, I would urge you to save the money and put it towards a different experience.

If you are looking for a good event that doesn’t cost as much as Knott’s or Universal, I would suggest LA’s Haunted Hayride, whose general admission tickets are only about five more dollars than Seaworld’s, and the quality is leagues better than Howl-o-Scream. As a whole, the event was a major disappointment, and left us with sore shoulders, ringing ears, and a wasted night. 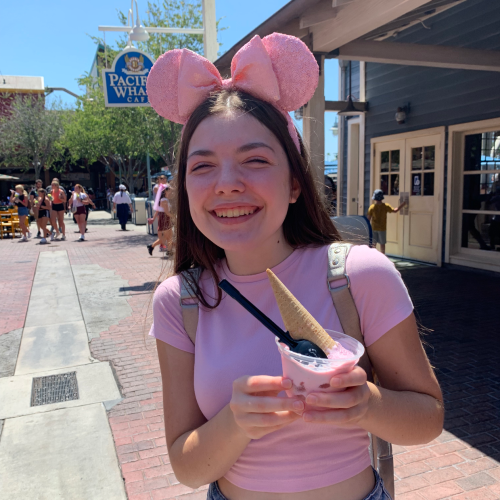